Get a Bitcoin Wallet

Without a Bitcoin wallet, you can’t send or receive Bitcoin payments. So before you get bitcoins, you’ll need to buy, download, or create a bitcoin wallet.

Are you a new Bitcoin user?

Or have you been using Bitcoin for a while and want to upgrade your security practices? Then keep reading!

By the end of this article you’ll understand Bitcoin wallets and have a better idea about which type is right for you. Here are some factors to consider:

Atomic Wallet is a fully decentralized, non-custodial multicurrency wallet, supporting over 300+ coins and tokens. Atomic provides an interface that allows you to not only manage, but also exchange and buy cryptocurrencies without using external services. The wallet has a built-in decentralized orderbook enabling users to exchange BTC, LTC and QTUM using the Atomic Swap technology. Atomic Wallet provides users with a 12-word mnemonic seed, so they get full access to their funds. All private keys are encrypted on an end device.

Copay is a Bitcoin wallet by Bitpay and available on iOS, Android, Windows Phone, Linux, Max OS X, and Windows. Because Copay is available on multiple platforms, it’s easy to use the same wallet or accounts across multiple devices. 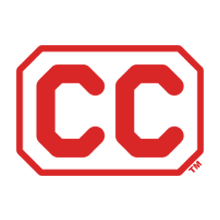 Coldcard is an easy to use, ultra-secure, open-source and affordable hardware wallet that is easy to back up via an encrypted microSD card. Your private key is stored in a dedicated security chip. MicroPython software design allows you to make changes. It goes above and beyond, by giving you the option to sign transactions fully Air-Gapped/Offline via MicroSD (PSBT-BIP174)

Coldcard is different than other wallet. No specialized software required. It accepts standard PSBT transaction (BIP 174) stored on an MicroSD card. No companion ‘app’ on your computer, works with the major wallets already (Electrum, and more to come). It’s cheap! Simple packaging, plain design, no fancy boxes, no redundant cables. It’s ultrasecure! Real crypto security chip. Your private key is stored in a dedicated security chip, not the main micro’s flash. Easy back-up! MicroSD card slot for backup and data storage. This allows truly offline signing, by transferring the unsigned/signed transactions on sneakernet. Open source software design runs Micropython and you can change it. 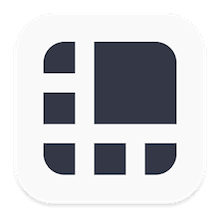 The Ledger Nano is a smartcard based hardware wallet. Private keys are generated and signed offline in the smartcard’s secure environment. The Nano is setup using the Ledger Chrome Application. A random 24-word seed is generated upon setup and backed offline by writing it down on a piece of paper. In case of theft, damage or loss, the entire wallet can be recreated with the seed. A user selected PIN code is also assigned to the device to protect against physical theft or hacking.

The Ledger Nano may be used on any computer, or Android phones with Mycelium or GreenBits.

The TREZOR differs from the Ledger Nano in that it’s a very tiny computer rather than a smartcard. Private keys are still generated offline.

TREZOR also generates a 24-word seed upon setup. The TREZOR has its own built in screen where the seed is displayed and copied down during backup. Since the TREZOR is an offline device it offers extra security since the seed isn’t displayed on an online computer.

The first Bitcoin Bearer Bond or called a Bitcoin Stick. Opendime is a small USB stick that allows you to spend Bitcoin like a dollar bill. Pass it along multiple times. Connect to any USB to check balance. Unseal anytime to spend online. Trust no one.

Acts like a read-only USB flash drive. Works with any computer, laptop, and phone.

A QR Picture and Text file inside contain Bitcoin address and support.

The private key is generated inside the device, and is never known to any human, not even you!

The Bitcoin world changes fast but Opendime is built on the fundamental Bitcoin features that have not changed in five years.

Give an Opendime to anyone and they don’t need to worry that you can take back the funds later.

You have got the private keys in the device. This is physical Bitcoin as it was meant to be to just hand it to someone and they have got it.

Pass it on multiple times! Simple as a handshake. No miner fees, no confirmation delays.

The Ledger HW.1 is a more affordable version of the Ledger Nano.

The Ledger Unplugged is a credit card-size wireless hardware wallet. Private keys are generated offline. Transactions are signed on the device and sent to a mobile phone via NFC.

The Ledger Unplugged is ideal for everyday use, since the device fits perfectly into wallets and no OTG cable is required. 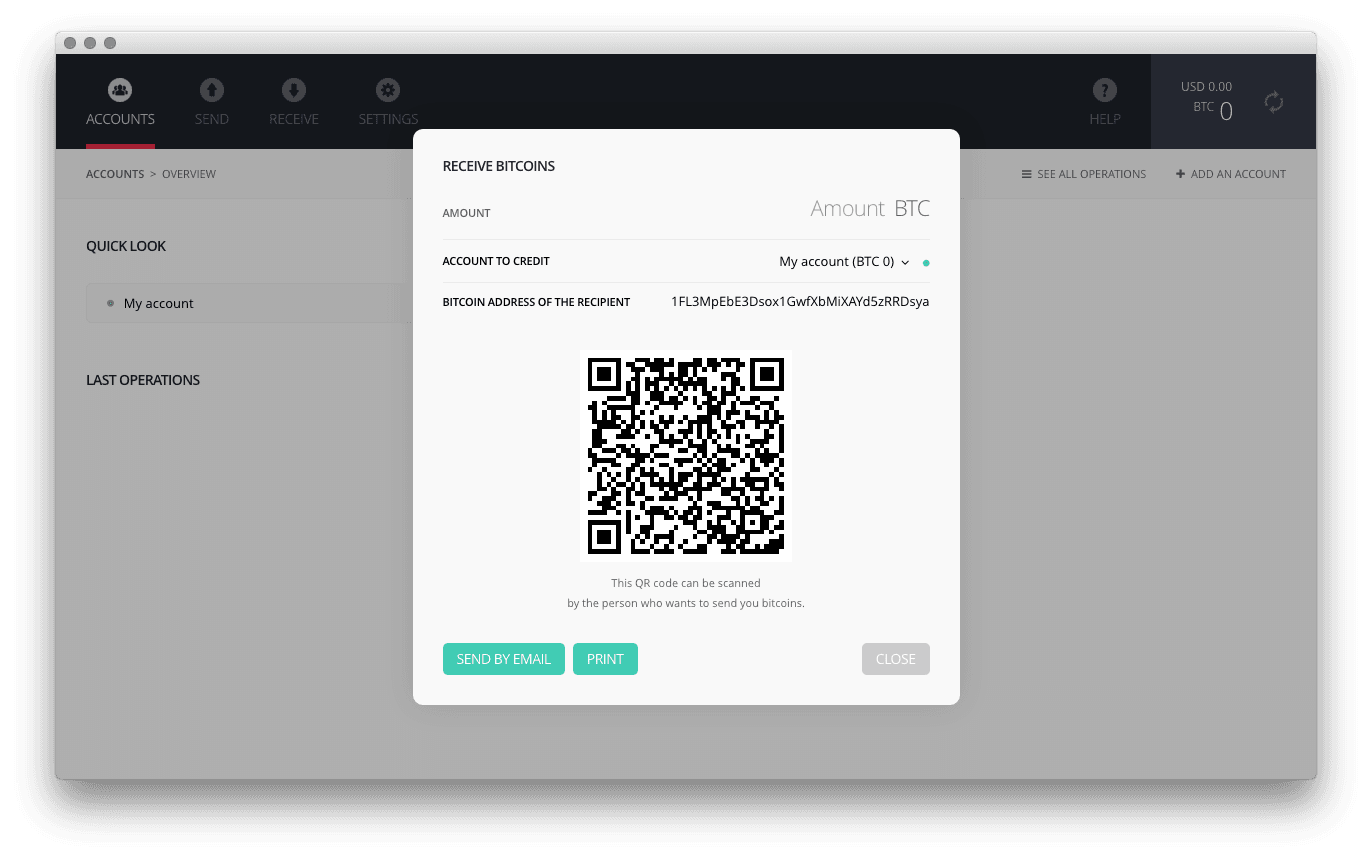 Software wallets make it easy to securely spend and receive bitcoins to a hardware wallet. The image above shows how Ledger’s desktop wallet provides the interface to receive payments to a Ledger Nano or HW.1. 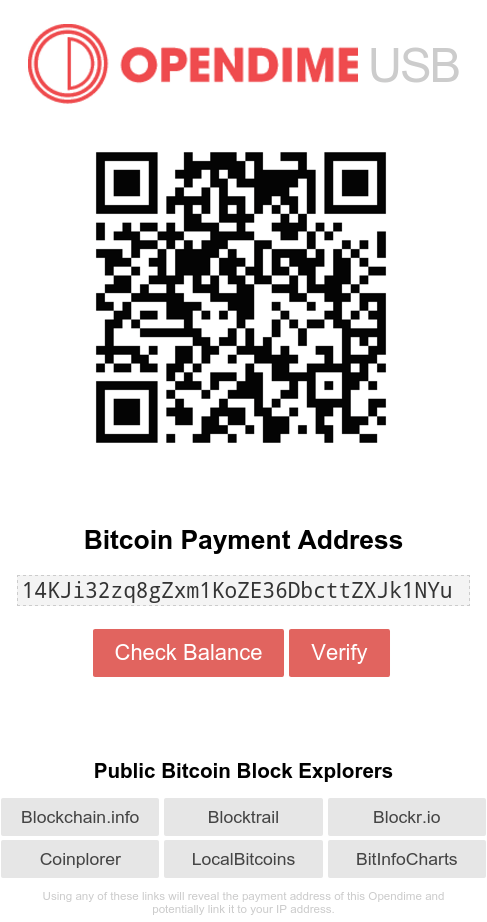 USB stick style software can makes it easy to load Bitcoin into hardware wallets without having to install any software or apps.

Online Bitcoin wallets, or web wallets, store your private keys online. Wallets can only be accessed with a user-set password. 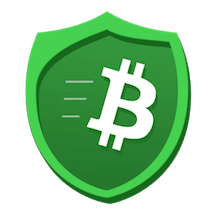 GreenAddress is a multisig web wallet, with apps available for Chrome, iOS, and Android. 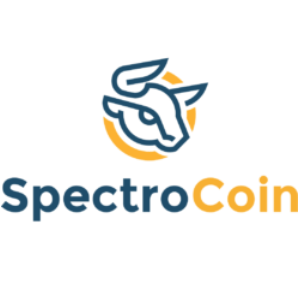 SpectroCoin is an all-in-one solution for Bitcoin. Services offered include a wide range of Bitcoin solutions, from exchange to Bitcoin e-wallet.

Atomic Wallet is available on Google Play and fully optimized for Android devices. The app provides the option to seamlessly manage and exchange 300+ coins and tokens. Private keys are encrypted on users’ device and never leave it. 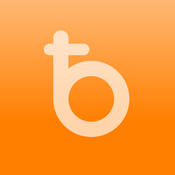 Breadwallet started out as the most popular wallet for iPhone, and now it is also available for Adroid devices running Android 6.0 or higher. The simplicity and easy-to-use security makes it a great place to start for users who are new to bitcoin. 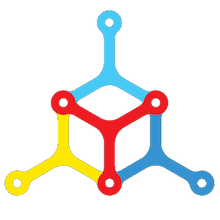 Mycelium is a favorite among experienced Bitcoin users. It’s an HD wallet with many advanced features, like support for hardware wallets TREZOR and Ledger, watch-only accounts, cold storage spending, and Tor. 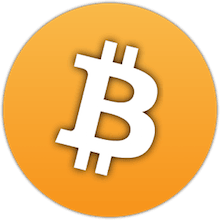 Bitcoin Wallet was the first Bitcoin wallet for Android. It’s simple, easy to backup, and connects directly to the Bitcoin network with SPV.

AirBitz is another Bitcoin wallet that’s great for everyday use. It’s integrated with Fold, meaning you can get 20% discounts at Starbucks from within the wallet.

Airbitz manages accounts with usernames and passwords, but doesn’t have access to your funds. This type of account creation is easier for less technical users who may have trouble backing up or understanding HD seeds. 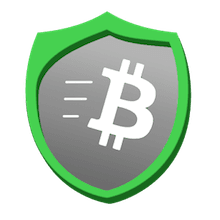 Breadwallet’s combination of simplicity and security has made it the most popular iOS wallet. iPhone users in search of their first Bitcoin wallet should find Breadwallet easy to understand.

Copay is available in the App Store. Click here for more details.

AirBitz is also available in the App Store.

Desktop wallets are software wallets that are downloaded and installed on your computer. The desktop wallets below are available on Mac OS X, Windows, and Linux.

The main problem with paper wallets is it can be inconvenient to create and print a new wallet each time you send funds to cold storage. However, it’s possible to bulk print paper wallets to save time and eliminate address reuse. Our cold storage guide explains step-by-step how to create a secure paper wallet.

Bitcoin lets you control your money, meaning you are responsible for both your money’s security and your financial privacy. Here are some steps you can take to ensure your privacy and security:

Each time you request blockchain data from a wallet, the server may be able to view your IP address and connect this to the address data requested. Each wallet handles data requests differently. If privacy is important to you, use a wallet that downloads the whole blockchain like Bitcoin Core or Armory. Tor can be used with other wallets to shield your IP address, but this doesn’t prevent a server from tying a group of addresses to one identity. For more information, check out the Open Bitcoin Privacy Project for wallet rankings based on privacy.

Most Bitcoin wallets today automatically create a new address for each transaction. Since all Bitcoin transactions are public, address reuse makes it easy for others to group transactions and understand which payments are connected to one identity.

Use different wallets for different sums of money

Just like you don’t walk around with your savings account as cash, there are different Bitcoin wallets that should be used depending on how much money is being stored or transferred. Secure wallets like paper wallets or hardware wallets can be used as “savings” wallets, while mobile, web, and desktop wallets should be treated like your spending wallet.

Users should create multiple backups of their wallets. Backups should be kept in separate physical locations in the case of fire or water damage. Paper wallets can be laminated or written in metal for extra protection.

How to Store Bitcoins

Earlier it was mentioned that there are four types of Bitcoin wallets: online wallets, hardware wallets, software wallets, and paper wallets. These four categories can be broken down further into different kinds of storage and security:

If only used with small amounts, hot wallets should be used for your everyday Bitcoin needs. One may, for example, want to keep $200 worth of bitcoins in a hot wallet for spending, with $10,000 locked away in cold storage.

As Bitcoiners often say: “if you don’t control the keys, you don’t control the coins”. Mt. Gox is an extreme example, but one that illustrates the importance of holding private keys. Gox was the first and largest Bitcoin exchange up until 2013. Thousands of users stored more than 800,000 bitcoins in their Gox accounts.

Services like Coinbase and Circle may in fact use good security practices and there’s a chance your bitcoins are safe. But by storing bitcoins with a third party you are always taking on additional risk.

Cold storage is achieved when Bitcoin private keys are created and stored offline. Private keys stored offline are more secure since there is no risk that a hacker or malware could steal your coins.

There are three ways to create cold storage: paper wallets, hardware wallets, and software wallets run on offline computers. Think of cold storage as your savings account. Use it to securely store bitcoins that you don’t plan to spend.

Multisignature wallets require multiple parties to sign transactions in order for funds to be spend. In a 2-2 wallet, for example, both parties must sign a transaction. In a 2-3 multisig wallet, two of the three co-signers must sign each transaction.

Armory Multisig: Armory offers a Lockbox feature that requires any amount of up to seven co-signers to approve shared transactions. A Lockbox is created by one party who adds additional public keys as co-signers. This solution provides a mix of flexibility and security for personal use or organizations.

Here’s a look at some everyday use cases for multisig:

2-2 Wallet: Two business partners work together at a startup. They create a 2-2 multisig wallet so that no funds can be spent without the permission of both founders. If one tries to create a transaction, the other partner will be required to sign off on the transaction before money can be moved.

2-3 Wallet: A 2-3 multisig wallet could be used to create secure offline storage with paper wallets or hardware wallets. Users should already backup their offline Bitcoin holdings in multiple locations, and multisig helps add another level of security. A user, for example, may keep a backup of a paper wallet in three separate physical locations. If any single location is compromised the user’s funds can be stolen. Multisignature wallets improve upon this by requiring instead any two of the three backups to spend funds–in the case of a 2-3 multisig wallet. The same setup can be created with any number of signatures. A 5-9 wallet would require any five of the nine signatures in order to spend funds.